Read Luke 5:1-11 and use these questions for discussion

Today’s scripture finds Jesus preaching by the sea early in his ministry. He has no official disciples yet; however, he’s begun to get a following. I imagine just a few people following him to the beach, then, the longer he speaks, the more folks gather.

Meanwhile, Simon, Andrew, James, John, and their companions are washing nets after a long night fishing. Their busy working but the growing crowd doesn’t go unnoticed. And considering the authority of Jesus’ words, they’re probably listening as they get their nets ready for tomorrow’s middle of the night troll.

As the crowd grows, Jesus realizes, not everyone can see him or hear him well. So, he looks around to find a more advantageous preaching spot. Imagine Simon’s thought when this man they may have met once or twice before climbs into his boat. It doesn’t sound like Jesus asked first. He just put his leg over the side, and then said, “Excuse me, Simon, could you push me out a bit?”

Simon is tired. He’s been working all night. He probably just wants to go home and get some sleep. The nets just need a bit more drying and then he’s done. But now he must wait for this guy to get done using his boat. But obviously by this time the entire fishing crew has gotten caught up in Jesus’ words, and they all stick around till the end.

As Jesus finishes, Simon thinks he’s finally going to get some rest. He picks the nets up to store them away in the boat for the next catch, and Jesus asks him to do something odd: “Put out into the deep water and let down the nets.”

If I was Simon, a dozen thoughts would be going through my mind. I just cleaned and folded those nets. I don’t want to have to start over again. I’m really tired. My wife has breakfast waiting for me. Don’t you know the fish don’t bite when it gets hot out? But bless his heart, Simon complies—after explaining the futility of the exercise: “We worked hard all night and didn’t catch anything, but because you asked, we’ll do it.”

I love the next paragraph. It sounds as if the fish jumped into the net right away. This daylight fishing expedition didn’t require even a moment of patience. And the nets are so full, they can’t handle them all. They call over the other boat, and both begin to sink because of the weight. The men are mystified. After fishing for hours during the prime fishing time, they glean a catch so big they probably can take a night off. No one catches a small catch in the heat of the day, and they’ve caught a bounty. The only explanation is the man who made the request.

Once again, Jesus shows obedience brings blessings. We don’t even have to obey enthusiastically. I really don’t picture these guys being the picture of exuberance. They didn’t want to put those nets out again, but because the Master asked, they did it, and they were blessed.

All around the world waits for blessings. I talk to folks all the time who can’t understand why God won’t bless them, but when I talk to them for just a few minutes I find they’re living with someone before marriage, or they’ve given up meeting with other believers. People cheat their employers by taking extra long breaks and still want blessings. Some treat others with contempt and wonder why God has let them down.

The Bible is clear. Salvation is granted by believing. Blessings come through obedience. Simon, Andrew, James, and John give us a beautiful picture of obedience even when we don’t feel like it.

Simon’s response is beautiful. He recognized and publicly acknowledged Jesus’ part in the blessing. He fell at Jesus’ feet, confessed his sins, and worshipped. How often do we do that? What is our response when Jesus comes through?

I’m sure many explained away the miracle. It was just a catch of fish after all. Men fished in that lake every day and made a good living. When has God given you a productive day at work and you dismissed it as a good day?

Because of Simon’s attitude and his heart, Jesus asked him to follow, to become a Fisher of Men. We know this disciple as boisterous, quick to speak, and the leader of the apostles. But Jesus saw a man who worked hard, didn’t let excuses stop him from helping, and obeyed when the One he recognized as the Master asked him to do something he thought was foolish. Do we have those traits?

The end of the story offers even more insight. Simon had just brought in the biggest catch of his life. He and his partners could have cashed in big time. But they didn’t. They pulled the boats loaded with fish onto the shore and walked away because Jesus called. What does Jesus ask us to leave behind? What holds us back and keeps us from becoming Fishers of Men?

You can get this study as a PDF download there.

And if you liked this short study, don’t forget to leave a review in the comments! 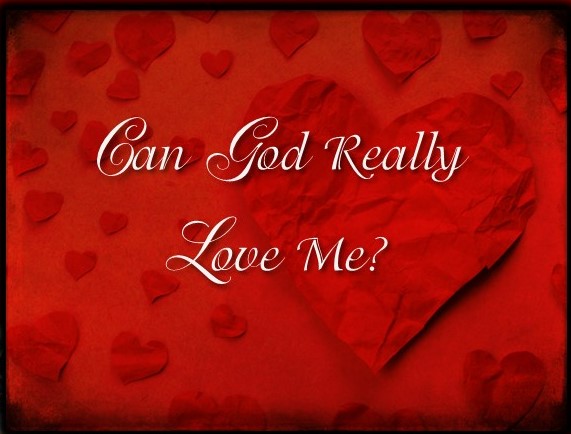